skip to main | skip to sidebar

So far I have written a total of 35 posts over the school year. Most of these were school based because they were assignments but some were of my own interests that I had written for my English class. I have a total of 13 comments from my teacher, other students, and people from overseas. The two posts that had the most comments were "My Main Concern" and "Hmm, Cows!" I think this is because those were my two most interesting posts and the people that commented on them could relate or disagreed with. My favorite post to write about was "Hmm, Cows!" This one is my favorite because my grandpa's house is my one escape. It's practically where I grew up and I have soo many memories on that farm. I liked that post because it was the easiest to write about. For my blogs that I have written I would say I have a huge variety of themes with by blogs because I go to serious and about the climate to my memories at my grandpa's and school dances and things I've been to and experienced. I aslo have four widgets on my blog. I think that's enough because I don't really need a ton of stuff crowding up my posts.

I had my friend Kaela read my blog and several of my posts and she thought it was interesting and I made some good points. The blogs about school had captured her attention the most because it had brought back some memories and her experiences since she is in the same grade as me. She said that nothing was really distracting about the blog and it look pretty good how the layout was set up and what not. But she said if I wanted to improve my blog I could get more pictures, colors, fonts, just more of my personality in it to spice it up and become more appealing to my readers.
Posted by Lisa Hallam at 12:55 PM 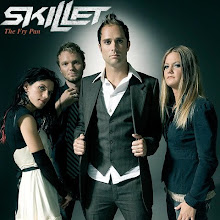